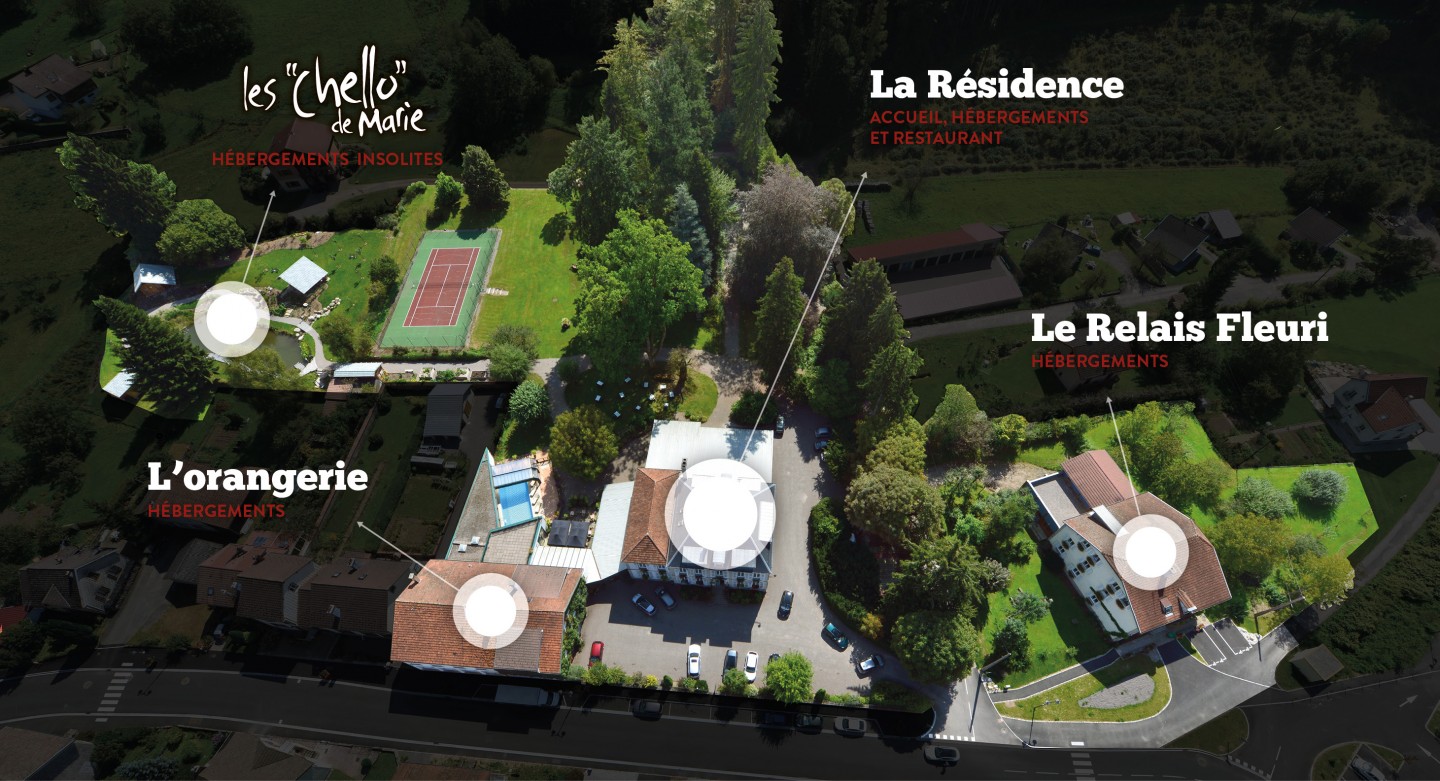 The Résidence was created 55 years ago and has now been run by three generations of the same family.
More than half a century of history has forged the reputation of this hotel,
which today continues to write new pages in a book that is certainly not yet ready to be closed.

1961, the start of a great family adventure.

Two years earlier, Marcel and Elisabeth Daval had left the grocers shop they ran in the Jules Méline Square in Remiremont to take over a small hotel in the Val d’Ajol, their home village. This was the start of the Hotel des Vosges.

As years went by, the couple’s spirit of enterprise led them to take an interest in a mansion near the station, just a few hundred meters away, which had been abandoned for several years. This imposing house had been built by a textile manufacturer at the end of the 19th century, but had lost its former glory. It was a huge estate, with its outbuildings and its vast wooded park extending over two hectares. The Davals were not afraid of the challenge and they came up with the idea of turning the rooms into an annex for the Hotel des Vosges, which had become too small.

When the hotel opened in May 1961, the first customers were few and far between and Monsieur and Madame Daval did not have the benefit of recommendation by word of mouth, because they were still unknown in the business.

As months passed and the business prospered, with twenty rooms and a sixty-seater restaurant, Marcel was already thinking of renovating the building adjacent to the Résidence and began to build the Orangerie. Before this building was completely restored and considerably enlarged, it had housed the “château” stables, a barn, a garage and the caretaker’s accommodation, which all opened onto an internal courtyard. It now has fifteen rooms on three floors, including a function room that can accommodate two hundred people.

As early as 1964, the Résidence already had thirty-six rooms and two restaurants with a seating capacity of three hundred. At the time, Monsieur and Madame Daval already had the idea of creating an estate commensurate with the property and its vast two-hectare park. Since then, the business has welcomed guests who, many decades later, are still loyal customers, bringing their children and their grandchildren to the hotel and creating a family guesthouse atmosphere in a high-quality establishment that was to obtain its three stars several years later.

1975 saw the purchase and renovation of the coaching inn a few metres away, opposite the station, which was to become the Relais Fleuri and gave the hotel a total capacity of sixty-four rooms at the time.

1981, the second generation in action…

Almost twenty years after the Résidence opened and after so many year’s work, Marcel and Elisabeth wanted to hand over the hotel, which was now a family business, to their daughter Maryvonne and her husband, Bernard, who resumed his accountancy and management studies. Under their direction, a wind of change blew through the hotel, improving the quality of its facilities by installing bathrooms and toilets in all the bedrooms and finally enabling it to gain the coveted three stars.

A few years before, the bright new, larger restaurant, opening onto the park, had already turned the Résidence into one of the “top” hotels in the Vosges. By the end of the eighties, the hotel had forty-nine rooms, a hundred-seater restaurant and a large function room that could accommodate two hundred people. But it still lacked the ability to attract tourists, who were becoming increasingly demanding. Madame Bongeot (Maryvonne Bongeot) came up with the idea of building an outdoor swimming pool in the park, which was soon covered to enable it to be used longer in the season.

Thirty years after it opened, the Résidence is now a benchmark in the hotel industry and has become one of the main tourist attractions of the Vosges.

1996, arrival of the grandchildren…

We are now in 1996. Maryvonne and Bernard’s three children have grown up with the business and used to play with the guests’ children in the hotel corridors. Learning this trade therefore came quite naturally to them. Cédric, the eldest, then envisaged becoming a cook.

After a professional career that took him to the kitchens of the Abbesses in Épinal with Jean-Claude Aiguier, followed by a few months in England in a starred restaurant, he started work in the kitchens of the Résidence and made his mark with a cuisine that was soon to become his own. He brought with him a taste for good products, local regional products that he transcends, embellishes, transforms, explores … with him, the Résidence soon earned a few stripes to become a renowned table, whose reputation spread throughout the region.

His sister Jennyfer soon joined him, working alongside her mother in the dining room. She learned to become better acquainted with customers whose loyalty dated from two generations before her time.  She took advantage of her training as a housekeeper and the solid experience gained in prestigious establishments in Paris, Évian or London.

The youngest, Karelle, was to take over the Sô, a recently acquired restaurant just a stone’s throw away. A former village bar, converted into a restaurant that offers a more traditional, regional cuisine. Then she joined the Résidence to use her management skills in the office.

It was in 2007 that the takeover became official and the three children together became a part of the adventure that had begun forty-five years earlier.  A third generation that intends to prove itself worthy of all the work accomplished over so many years. They now work side by side, each in their specialist field, but all three with the same aim, to continue to develop and improve the family business. Under the proud eye of their grandfather and the watchful gaze of their parents.

Recent redevelopment and renovation work bears witness to the fact that the Résidence will be with us for a long time yet! 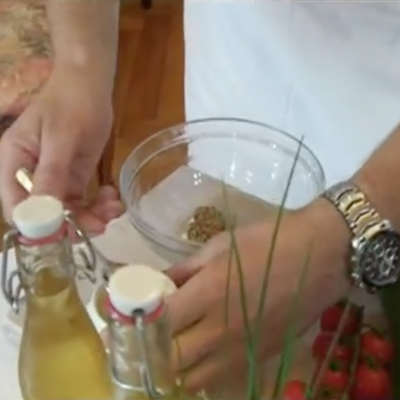 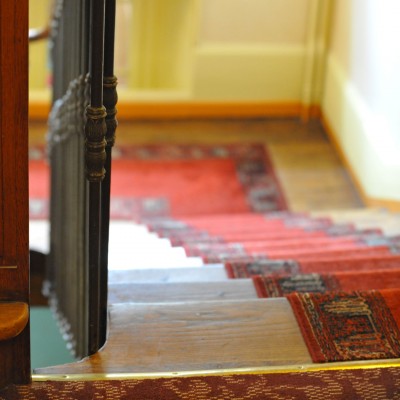 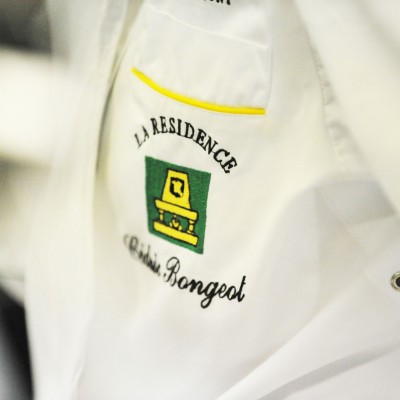 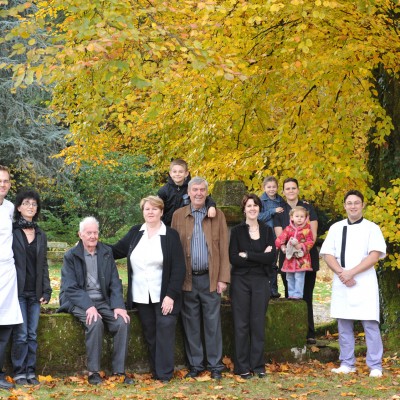 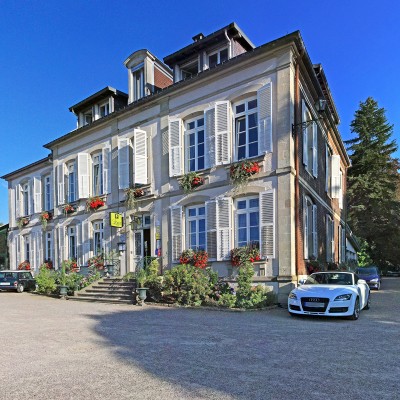 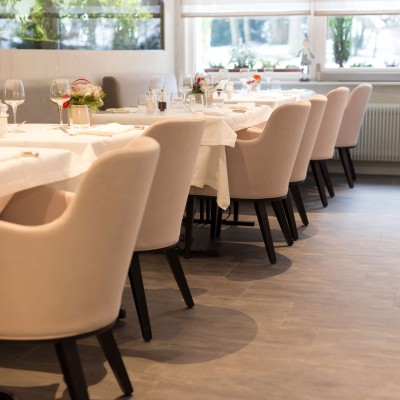 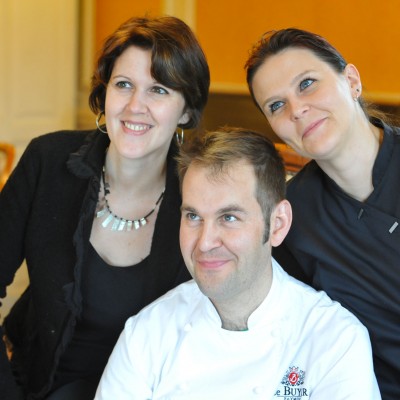 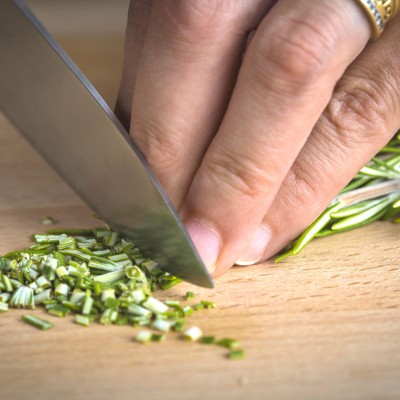 For you, your family and friends

You can find out more about which cookies we are using or switch them off in settings.

Please enable Strictly Necessary Cookies first so that we can save your preferences!